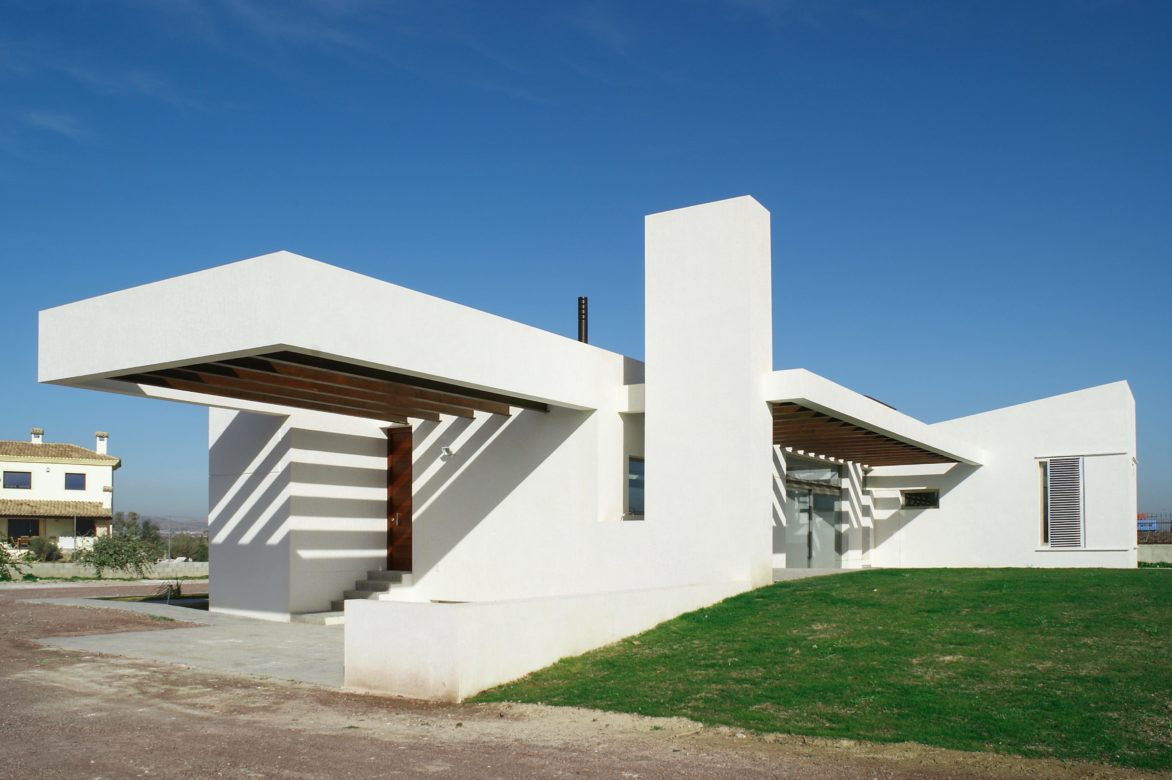 A couple that had just moved to Lorca decided to build a house in the countryside as their permanent residence. We met them through another client with whom we did not have a good relationship, so the first meetings were not easy. They did not like our first schemes and we were not confident about accomplishing what they demanded. However, some of their requirements were appealing for us: a house with no doors (at least at first glance), a fluid space, visual continuity throughout the different interior spaces, and between them and the surroundings, and a covered patio from which they could see the stars.

The husband, trained as a painter, drew some sketches that differed a lot from the image we had in mind, but somehow recalled some features of Coderch’s houses. From this point of shared interest we started developing the final solution. The bedroom area became then easy to solve, and our struggle focused on creating the richest sequences and transitions in the fewest built area.

In the living and service spaces, we emphasized the idea of spatial continuity (an endless space), up to the point where all of them became just one space. The use of pergolas at the terrace and the carport also strengthen the continuity between the inside and the outside. The project is therefore the combination of a centralized bedroom area around a covered courtyard and a linear sequence of spaces open to the landscape in all directions.

The bioclimatic devices in the house are quite simple, closer to popular architecture’s rationality than to a high-tech approach. South-east orientation and cross ventilation enable a good performance of the house in summer, which is actually the hardest season regarding weather conditions. The veranda gives shade in summer but allows the sunlight into the house in winter. The covered patio and the skylight’s ventilation system help to control the temperature and the humidity inside the house. In addition, the roof hides a space for solar panels, which supply almost all the hot water demanded by the house throughout the year.

During the building process, financial problems forced us to simplify the solutions proposed in the project, but we do not think that it affected the building; on the contrary, its spatial and volumetric power somehow increased by reducing the number of materials and details.