(Close) Cafeteria at the Spanish Ministry of Public Administrations 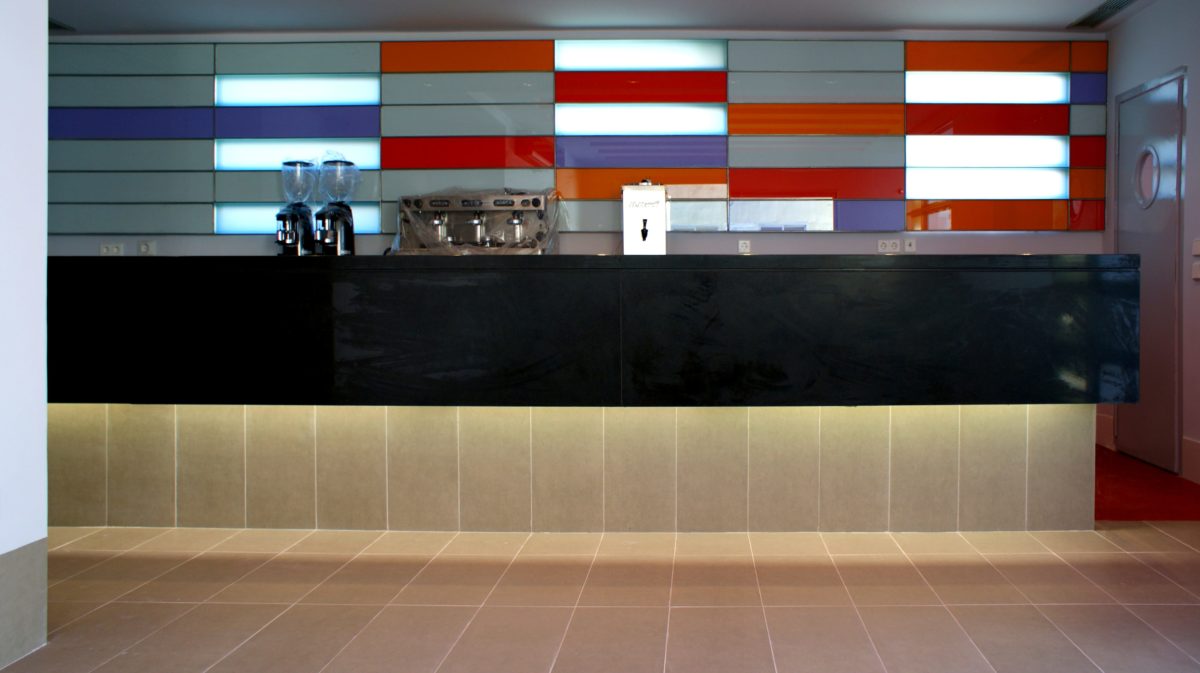 The project called for the partial refurbishment of the seventh floor of an administrative building located in Plaza de España, Madrid, including a new cafeteria and changing rooms for the staff. The previous cafe was a space crowded with furniture and dimly lit, where the experience of having a coffee or lunch probably did not allow the feeling of having left the workspace for a while. Therefore we proposed to create a space endowed with some playfulness, illuminated as much as possible with natural light, in which the contrast with the office space made the officials believe they had gone somewhere else.

The cafeteria space revolves around a central courtyard which, covered with stainless steel and glass, becomes a large lantern that unifies the different areas. A series of light and color lines points towards this central element. Carved in the suspended ceiling, these lines attempt to dematerialize its presence and give a touch of joy to a moment of rest in the middle of the workday.