(Close) Refurbishment of a penthouse in Serrano street, Madrid. Spain 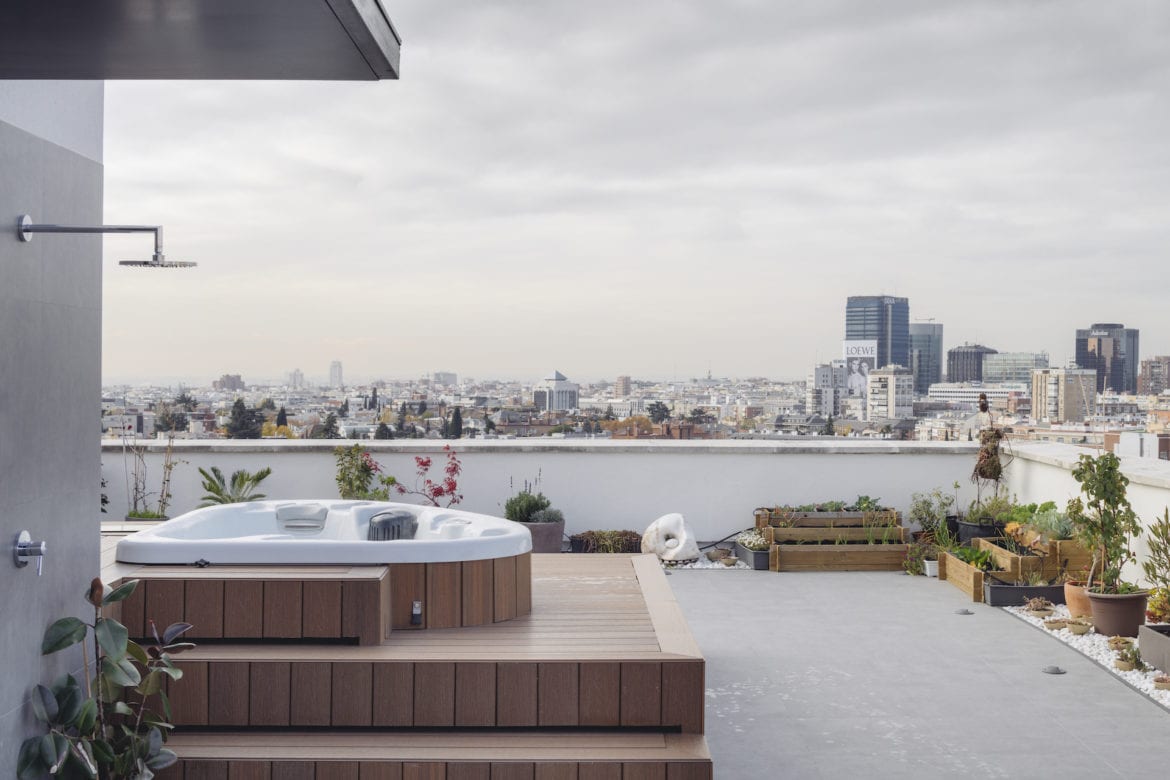 When faced sometimes with the question “what kind of architecture are we up to?”, the most convincing answer is probably “the one that circumstances allow”. This is particularly true in the case of a refurbishment, in which preexistences, coupled with the program and the wishes of the client, leave little room for a purely speculative proposal.

Fortunately, preexistences gave enough flexibility in this case: the entire vertical structure was located in the perimeter except for a central column to which a ventilation shaft was attached. This allowed to freely reorganize the house according to the new program with some easiness and even to create unusual situations for a city center, such as the possibility to enjoy the landscape towards three cardinal points from the kitchen (sunrise), main bedroom (noon) and living room (sunset). These three large openings allow, especially in winter, natural light to flood the house at specific times of the day.

Beyond the advantages offered by the triple orientation of the house, elements such as the balcony of the living room or the staircase that leads to the upper level were seized to play with the subtlety of a glass corner or a hanging stringer, to become the elements that trap the viewer’s gaze.

The upper level is an absolutely exceptional situation to enjoy the skyline of the southern half of Madrid. It already had a room whose volume could not be modified, in which the triple orientation of the lower level was replicated. In addition, the presence of the ventilation shaft was used to create an alabaster lantern that floods the terrace with warm light during the night and shyly looks down Serrano street. It serves as a hinge giving unity to the different exterior areas, but in any case it does not intend, and probably it would not be able to, compete with the vision of the city skyline.